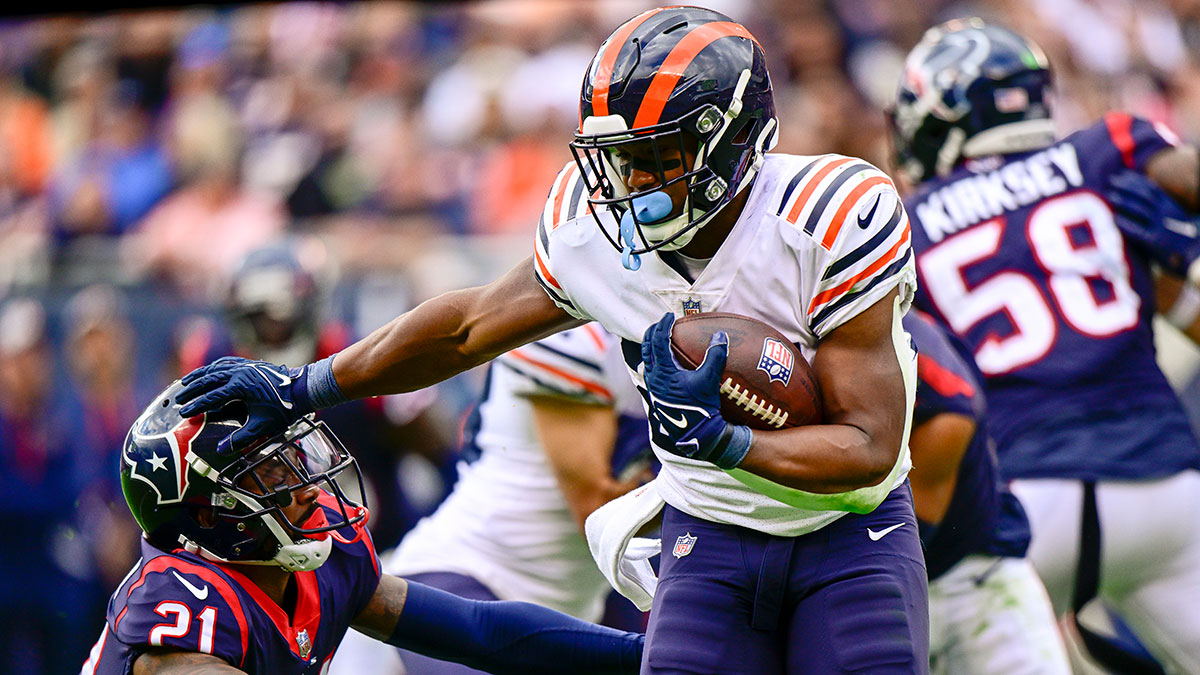 One thing that has been proven to be true time after time is that fantasy football leagues aren’t won by the team that you draft. Leagues are won by the players you pick up in free agency at certain points of the season. Players get hurt or underperform, and that leads them to being unreliable.

You want to make sure that you find a replacement as quickly as you can before it’s too late and you miss the playoffs. We’re only four weeks into the NFL season, but this is the time when trends start to form and the time to be proactive. Here are some guys that are available in most free agency pools that can help turn around your team’s struggles.

Jamaal Williams – Detroit Lions: Scored two touchdowns this past week against the Vikings. Averages 14 rushing attempts and is good for at least one reception every game. Could definitely be a solid flex option, especially with D’Andre Swift out due to injury.

Khalil Herbert – Chicago Bears: Currently the ninth-ranked running back in fantasy football. He’s up against the New York Giants and the Minnesota Vikings the next two weeks. Both teams’ rush defense isn’t the best, so Herbert can be a good option for any kind of replacement.

Zay Jones – Jacksonville Jaguars: One of the top-ranked players available in free agency right now. Jones scored a touchdown last week in what was his best game of the season. Expect the Jaguars to go to him more this season.

Tyler Conklin – New York Jets: Currently the third-ranked tight end averaging six receptions a game. Zach Wilson returns for the Jets this week and is likely to utilize all of the options he has in his offense.

David Njoku – Cleveland Browns: Njoku had a big game against the Pittsburgh Steelers last week. He’s currently the ninth-ranked TE in fantasy and is available in many leagues.

Hopefully, these players could provide the contribution you’re looking for and help you turn your team around. Any of these pickups can be good for any roster replacement.