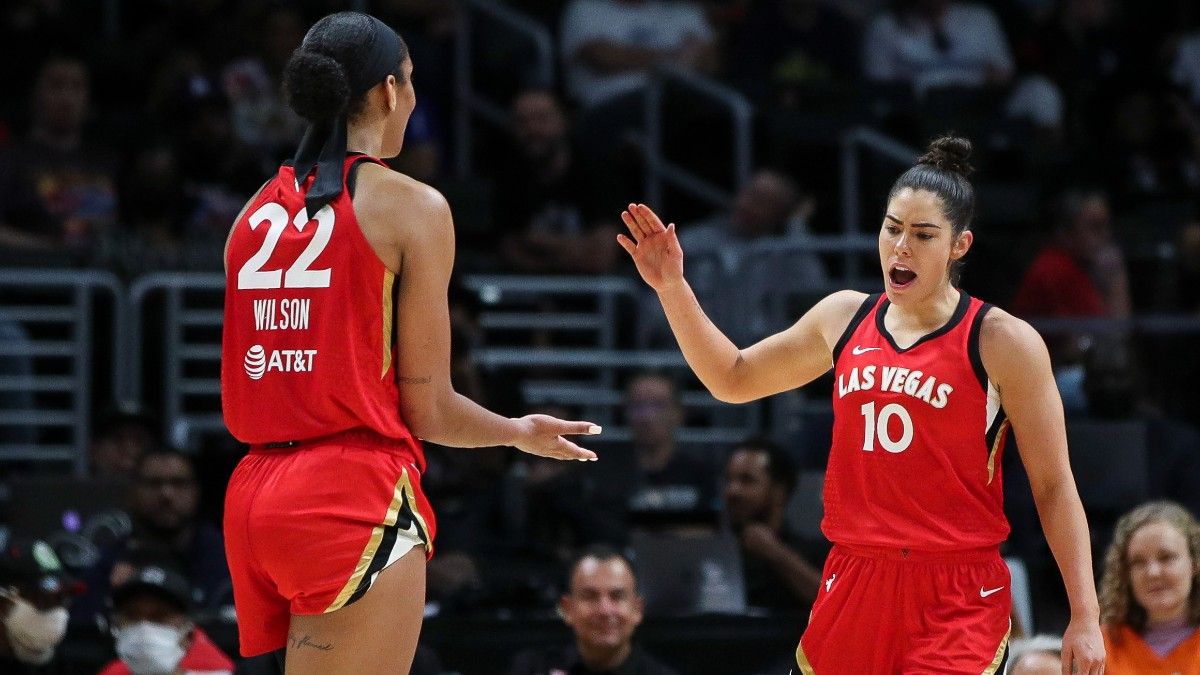 Teams are beginning to secure playoff spots with less than ten games left in the WNBA regular season. The Chicago Sky and Las Vegas Aces became the first two teams to do so. With only a few weeks left in the regular season, it’ll be interesting to see how each team finishes the year. Here’s how they rank amongst each other this week.

The Sky went 2-1 this week, but their loss came to New York Liberty, where they had flight delays and didn’t get to New York until 12:30 PM that day. They played the game at 7 PM and still only lost by three. They were the first team to clinch a playoff spot as well. Chicago beat the Dallas Wings and Seattle Storm, playing without Courtney Vandersloot, and both Julie Allemand and Dana Evans were ready and willing to step up. They play the Aces on Tuesday in the WNBA Commissioner’s Cup Championship game.

This week the Las Vegas Aces lost to the Atlanta Dream at home but would bounce back against the Indiana Fever and the Los Angeles Sparks. The Aces were one of the best defensive teams at the start of the season but have since seen a drop-off in their play defensively. This is something they’re going to have to clean up this last part of the season going into the playoffs. A’ja Wilson, Kelsey Plum, and Chelsea Gray have continued to play at a high level this season. Wilson was named WNBA Western Conference Player of the week averaging 23 points, eight rebounds, 2.7 assists, 2.3 steals, and 2.3 blocks this week.

The Connecticut Sun had a perfect 3-0 week this past week in what was an impressive week from Alyssa Thomas. Thomas messed around and got her first career triple-double in the first game against the Minnesota Lynx. Her performance this week earned her Eastern Conference Player of the Week honors. It has been good to see the Sun play at a high level without reigning MVP Jonquel Jones, who was out due to health and safety protocols. Hopefully, this stretch can help them down the line as they contend for a title.

Washington had just one game this week, against the Liberty, where Elena Delle Donne dropped 25 points. The Mystics are gearing up for a playoff run. With Delle Donne, Alysha Clark, Natasha Cloud, Ariel Atkins, Myisha Hines-Allen, and Shakira Austin all healthy, they have a legitimate chance. They will continue to jockey for the third seed with Seattle and Connecticut.

They lost their first two games of the week to the Sky and Mercury but responded with a win over the Dream. Tina Charles had a dominant performance in the first half, putting up 20 points and 10 rebounds and finishing with 27 and 15. Breanna Stewart also poured in 23 points and 10 rebounds. The three-point shooting must improve for Seattle, and their hopes of a championship will be up in smoke.

The Los Angeles Sparks went 2-1 in a week. They were dealing with some unavailability, but that didn’t slow Nneka Oguwimike down a bit. She has been the best player for this team again this season and could very well lead them back to the playoffs. Looking at their schedule for the rest of the season, the Sparks have a good shot at securing a spot in the WNBA playoffs.

Skylar Diggins-Smith, Diana Taurasi, and Sophie Cunningham were firing on all cylinders in their win over the Storm. Skylar finished with 35 points, DT 28, and Sophie 19. The Mercury outscored them 34-13 in the fourth quarter. The small ball lineup has been great for their offense, but can it hold up defensively is the question.

The Wings are in a battle with the Liberty for the most inconsistent team in the league. They lost one to the Sky, and beat the Fever but struggled to put them away down the stretch. Teaira McCowan’s presence has changed things down low for them, but they need more consistency in terms of team play, and believing in one another.

This week, the Atlanta Dream got an impressive win against the Las Vegas Aces. Rookie Rhyne Howard dropped 24, and Tiffany Hayes dropped 31 in the 16-point victory. The Dream would lose their next two games against the Sparks and the Storm. Looking at the rest of the season, the Dream have a good chance to get into the playoffs as well. They just have to take care of business.

The New York Liberty got a good win against the reigning champs, the Chicago Sky. Sabrina Ionescu had a near triple-double in the three-point victory. But before that game, the Liberty were on a five-game losing streak. They must get it together if they want to be a playoff team this season. They can’t afford to lose many more games this season.

The Minnesota Lynx lost back-to-back games to the Connecticut Sun this week. At times this team showed fight and was competitive against some of the top teams in the league this season. But it just wasn’t enough. It’s a lot to look forward to with this team going forward. The development of some of their younger players has been good to see and could be good for them in the future. Only time will tell.

Kelsey Mitchell torched the Wings with 34 points but in a losing effort. Indiana has officially been eliminated from playoff contention; shocker, I know. NaLyssa Smith continues to improve and build on her performances. Queen Egbo is finding ways to stay on the court, and Emily Engstler is consistently all over the court. The last few weeks should be telling; Victoria Vivians and Tiffany Mitchell are free agents, so they should want to see what they have with them. They have their first-round draft pick and the Wings’, so they will be rooting for Dallas to lose to end the season.