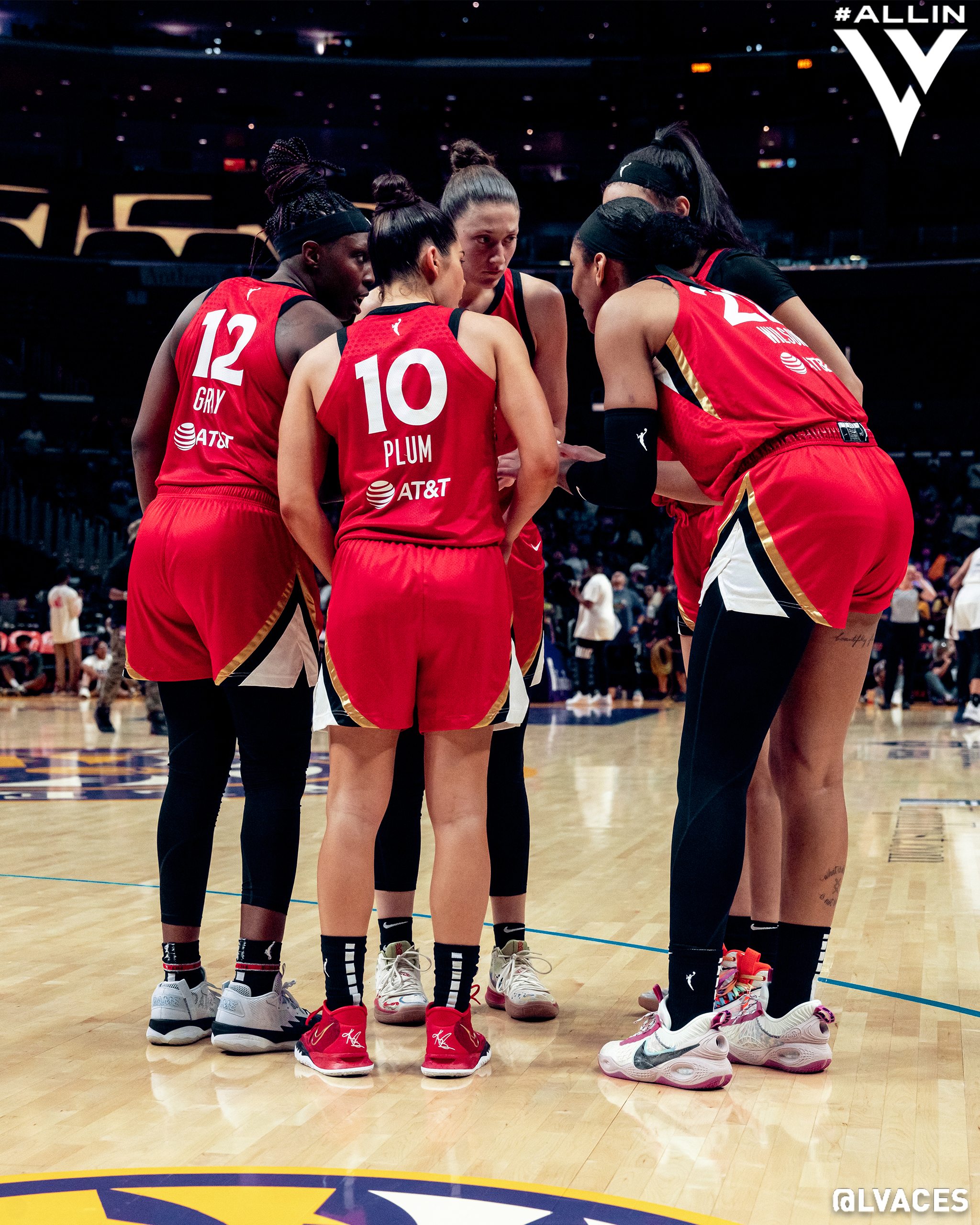 We’re in month two of WNBA action, and things seem to have normalized. The top teams have been consistent, and the teams towards the bottom to start the season are turning things around. With the top teams being established, we’ll see them be tested throughout the season.

The Aces have been back on track since losing to the Connecticut Sun. This past week the Aces grabbed a win against the Los Angeles Sparks in which A’ja Wilson gave the Aces her best performance of the season. Wilson scored 35 points and grabbed 11 rebounds while shooting 56% from the field. It was good to see the Aces back on top after being battle-tested last week.

The Sky beat the Sun and the Liberty but lost a tough one on the road to the Mystics after Candace missed the shot to tie it at the buzzer. The offense is starting to really click, and the defense is truly elite when it matters most. The full team is finally available, and they have won five of their last six games. Emma Meesseman has really been playing well the last few games, especially against the Sun and Liberty.

The Connecticut Sun lost a tough one to the Chicago Sky this past week. The game was close, but the Sky would go on to close the game in the final moments. The Sun are still one of the best teams in the league, but it looks like they’re not using Jonquel Jones as much. Maybe things will be worked out, and we will see the reigning MVP provide a more significant contribution to the team.

Seattle is now healthy and is starting to click offensively. Ezi Magbegor has continued to improve, and Breanna Stewart is playing like a top-2 MVP candidate. Safe to say the Storm are close to being in mid-season form.

Phoenix has won three games in a row after a rough start, and their core players are figuring each other out. The team had some overturn with the roster and brought in a new coach, and it looks like the positives are starting to lead to wins.

The Mystics got a great win against the Sky, who they lost to twice already, with Delle Donne missing most of the game. They lost in overtime to the Mercury on Sunday. This team’s ceiling relies upon Delle Donne’s health, which could end up being their downfall, unfortunately.

The New York Liberty are looking better, winning two of their last three games. Sabrina Ionescu has been playing better and with some consistency. She was just named Eastern Conference Player of the Week for her performance last week. Ionescu could very well receive her first All-Star appearance if she keeps it up. Marine Johannes returned to the team and made an immediate impact on the floor. Looks like things are turning around for the Liberty as they have a good majority of the season left to go.

The Atlanta Dream have lost their last two games. Both came from opponents with worse records. Atlanta is still finding their place where they fit in the league. Rhyne Howard continues to play well and is making her case for an All-Star appearance as well as rookie of the year. The acquisition of AD Durr should make an impact going forward.

Arike’s emotions possibly led to another loss for the Wings. She kicked a ball into the stands going into halftime and was ejected. She’s been a better player this year, but some of her after-the-play stuff has hurt the team. Satou Sabally hyperextended her knee, so hopefully, it’s not a serious injury. While they had to play without Marina Mabrey due to health and safety protocols, they got great play from Awak Kuier, Jasmine Dickey, and Veronica Burton.

The Los Angeles Sparks lost to the Las Vegas Aces this past week in what was an absolute clinic by the Aces. The Sparks have had their ups and downs this season but have found themselves in the middle of the pack. They have a couple of challenging games coming up where they can show how tough they really are.

Indiana is losing games due to experience, not a lack of talent. But they did come out with a big win over the Lynx on Sunday. NaLyssa Smith and Queen Egbo remain bright spots, and Kelsey Mitchell continues to vie for her first All-Star selection.

The Lynx are currently on a three-game losing streak. In their last game, the Lynx lost to the Indiana Fever, in which the Fever closed out the game on an 11-4 run. Sylvia Fowles suffered an injury to her right knee. They have a tough slate of games this week and likely will continue this losing streak.