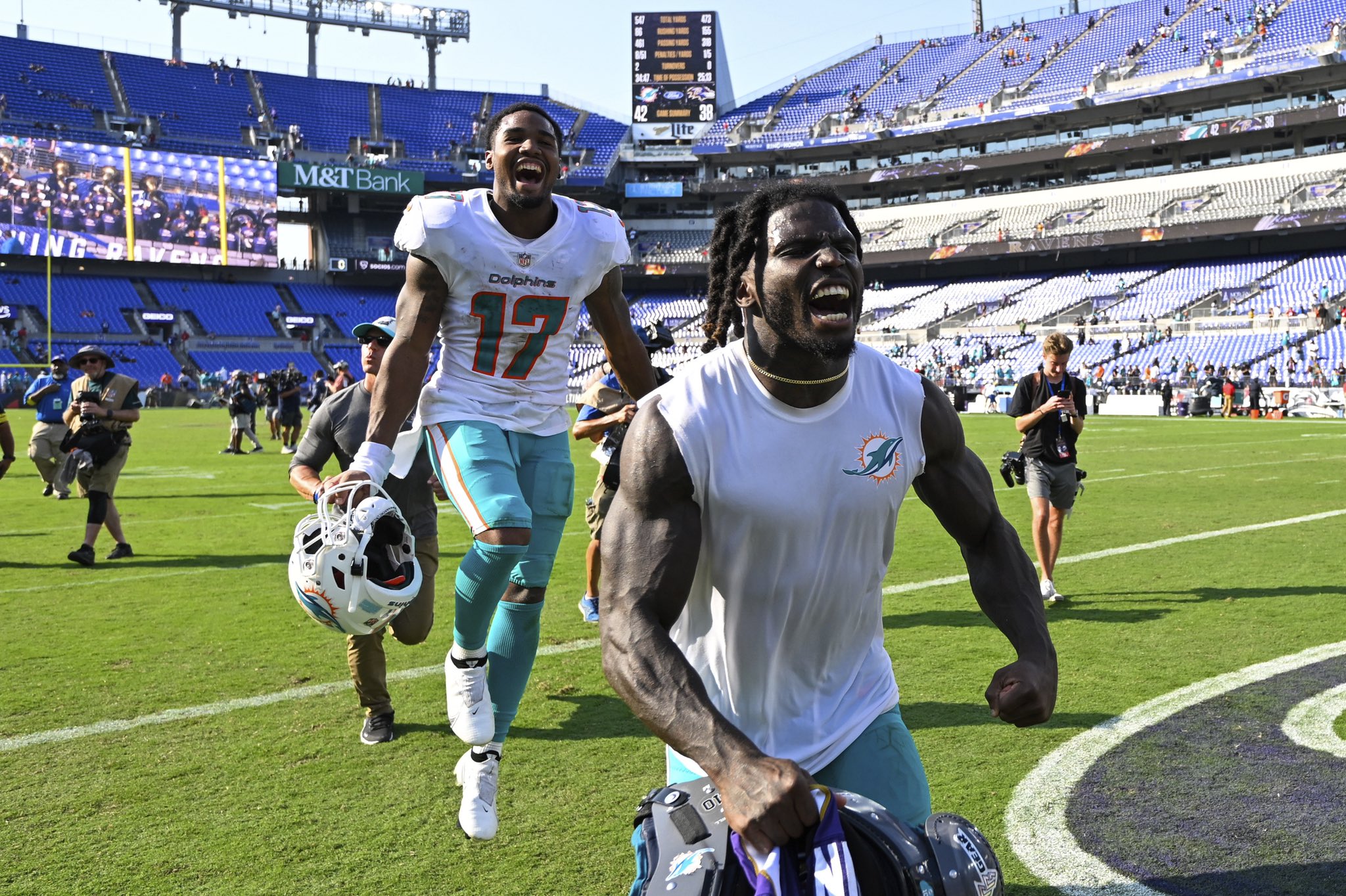 We’ve got a star-studded TNF game with two AFC contenders. The Bengals finally got into the win column Sunday against the Jets. The Dolphins have probably been the most entertaining team through three weeks for a multitude of reasons. While the Bengals sit at 1-2 and the Dolphins 3-0, this is a pretty even matchup.

There is a ton of talent in terms of fantasy production. TNF matchups are always tricky, but sometimes the player is just too talented to sit.

Start. He hasn’t been able to play like the smooth, cool, laid-back rockstar we saw at LSU and last season. Mostly due to the offensive line struggles, but he did turn the ball over a good bit in the first game of the season. He has been sacked 15 times in just three games. Miami has a talented defense but has given up a ton of yards and points to the Ravens and Bills. I expect Burrow to play pretty well and to throw at least two touchdowns.

Start. Tua has started the season tremendously. After a scary injury Sunday, it was thought he might not play. He’s expected to start this game. Tua has silenced a lot of his doubters, but there are some that still want to see more. I’m willing to bet he’ll show them.

Start. Mixon has 71 total touches through three games. He hasn’t been able to really break loose rushing the ball, as he sits with just 2.8 yards per carry. This game should be close, which means he should get around 15 rushing attempts. Even if they are trailing, he’s active in the passing game.

Sit. They are likely flex plays for you. You don’t want the dreaded Thursday night flex-play dud. Both players are talented and could be worthy of starting, but it’s not certain who the lead back is. Edmonds has 29 total touches, while Mostert has 28. Most of the yardage and touchdown production has come from Tagovailoa due to game script or being down 21. If you did choose to start one, it should be Edmonds.

Start. Chase hasn’t exactly lit it up, sitting at WR13 currently. He was one of the top three receivers taken in drafts and as high as the third overall pick. He’s got 21 catches on 35 targets. Defenses are keying on him and not allowing him to beat them deep, which opens for his two very talented co-stars. He will get 8-10 targets a game and is a big play waiting to happen. You start Chase, no matter the matchup.

Start. His numbers would be more comparable, possibly better than Chase’s, had he not gotten hurt in the first game of the season and then again last week. He has 13 catches on 19 targets. He has 17 targets in the last two games, and that won’t change.

Sit. I’m sitting Hurst, especially in a TNF game. He just doesn’t get enough volume for us to trust him. Hurst has 11 catches on 19 targets this season and is TE19.

Sit. Gesicki has six catches and six targets through three games. He found the end zone and had some production last Sunday. But there’s still uncertainty about where he lies in terms of target share and where he lines up. Need a few weeks of consistency before moving him into our starting lineups.

Both units are talented, but I’m sitting both. While most TNF games tend not to be electrifying exactly, I think both offenses score enough to negate the other’s defensive scoring. There are better matchups on the waiver wire.