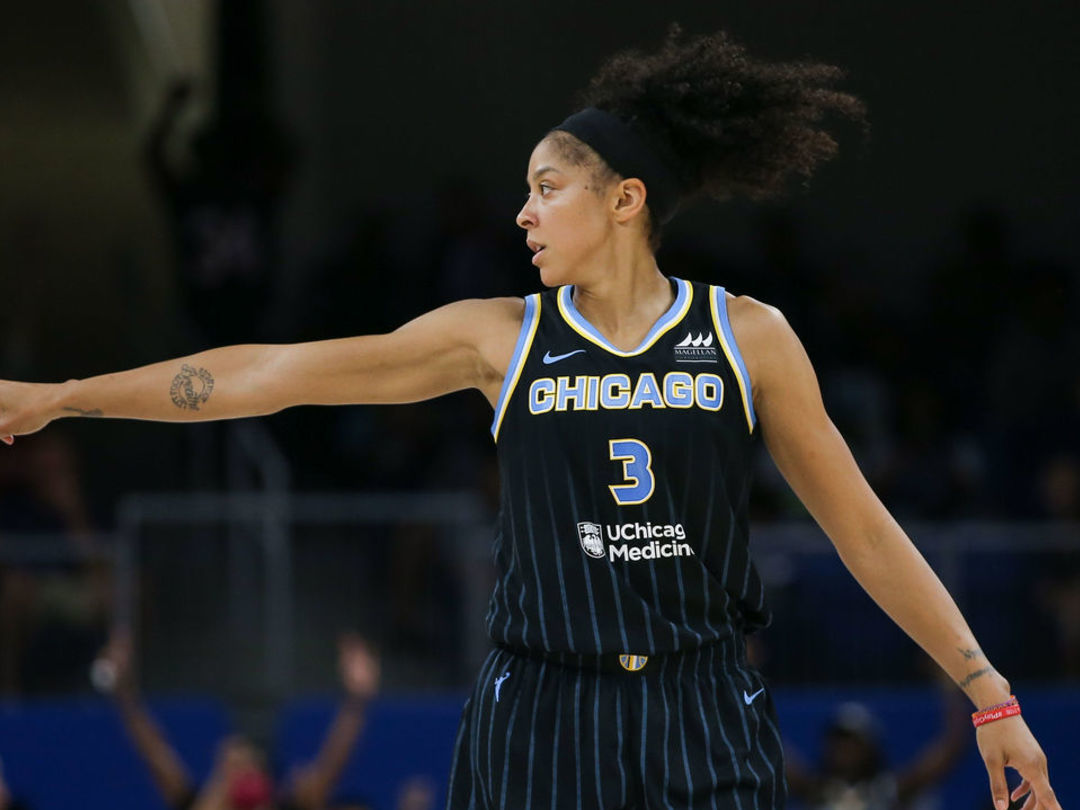 The time has come, and we’re finally in the final week of the WNBA regular season. This season we’ve seen quite a lot of movement in the standings, and now teams are making their last efforts to secure a playoff spot. With three spots left, which teams will secure a spot in the last week of the season?

The Chicago Sky seem to be rolling on all cylinders, despite losing a close game to the Dallas Wings. They beat the Connecticut Sun and Washington Mystics again. Those are very good wins over teams they could meet in the WNBA playoffs. Six players scored in double figures against Washington, and five did against Connecticut.

Candace Parker became the first player in WNBA history with 6,000 points, 3,000 rebounds, 1,000 assists, and 600 blocks. With the last week of the season upon us, it will be interesting to see how the Sky approaches it.

This was an odd week for the Las Vegas Aces as they went 1-2. They lost to the Washington Mystics and the Dallas Wings due to a missed layup from A’ja Wilson as time expired. But they would go on to bounce back against the Seattle Storm.

The win against the Storm was big because it gave them another win against a contender. Wins like that will help establish power amongst the other teams in the WNBA. With a few games left and the Aces being a couple of games away from the top seed, it’ll be interesting to see how they finish the year.

The Connecticut Sun had a solid week. They beat the Mercury twice and lost to the Sky in an absolute battle. The Sun has continued to be one of the WNBA’s best teams throughout the past few seasons. Alyssa Thomas has been excellent this season, as well as Bri Jones and Jonquel Jones. The Sun will have a tough road toward competing for a championship but have what it takes to end the year on top.

Sue Bird played her final regular season home game in a loss to the Aces. They went 1-1 this week, beating the Lynx. Stewie dropped 35 against Las Vegas, but Jewell Loyd had just one point. They will need her to be at her best in the playoffs if they expect to win another WNBA championship.

The Wings went 3-0 this week, beating the Fever and the two top seeds in Chicago and Vegas. They did so, playing the latter two without Arike. Teaira McCowan has been an absolute force on the block, and Kayla Thornton has done everything and more for the Wings. Marina Mabrey had a 26-point game against the Sky as well. This is more what the Wings should look like, but when Arike is on the court, they all play differently, so it will be telling to see how they navigate that.

The Mystics lost to the Sky and Sparks, the latter being in some controversy. They did beat the Aces to sweep them in the season series. Delle Donne didn’t suit up against Chicago, but she seems to be near fully healthy heading into the playoffs, which is what matters.

The Atlanta Dream went 2-1 this past week, and they have a tough schedule ahead of them. They would have to win two of their next three games to secure a playoff spot. They play the Aces once and have back-to-back games against the New York Liberty. The Liberty and the Dream are fighting for one of the final playoff spots, so that will be an exciting matchup.

Phoenix lost back-to-back games to the Sun but turned around and beat the Liberty without Skylar Diggins-Smith and Diana Taurasi. Shey Peddy, Diamond DeShields, and Sophie Cunningham combined for 63 points, and the team held the Liberty to 30% shooting. The win put them ahead of New York for the final playoff spot.

The New York Liberty have been on the right track, going 2-1 last week. Betnijah Laney recently came back which is big for the Liberty as they fight for one of the final three playoff spots. They have a tough schedule ahead of them in this last week of the regular season.

The Los Angeles Sparks lost three straight before beating the Washington Mystics on the road. The Sparks’ chances of making the playoffs are looking slim. They have a tough three-game stretch ahead of them, playing the Sun twice and the Wings to end the regular season. This year was not what the Sparks were hoping for, but it was something they can definitely build off next year.

The Minnesota Lynx went 1-1 this week, losing to the Seattle Storm and beating the Atlanta Dream. Lynx forward Napheesa Collier returned just 10 weeks after giving birth to her daughter. In her first game back, Collier played 21 minutes, scoring six points, and grabbed a couple of rebounds. The Lynx still have a shot at making the WNBA playoffs, but it’ll be tough as they face off against the Phoenix Mercury, the Seattle Storm, and the Connecticut Sun.

The Fever lost two more games but got two really good performances from Lexie Hull. She scored a career-high 14 points, then answered that with a new one of 17. Destanni Henderson had a great performance against the Wings with 16 points and six assists with big shots to send them to overtime. The young players have gotten more opportunities and made the most of them.