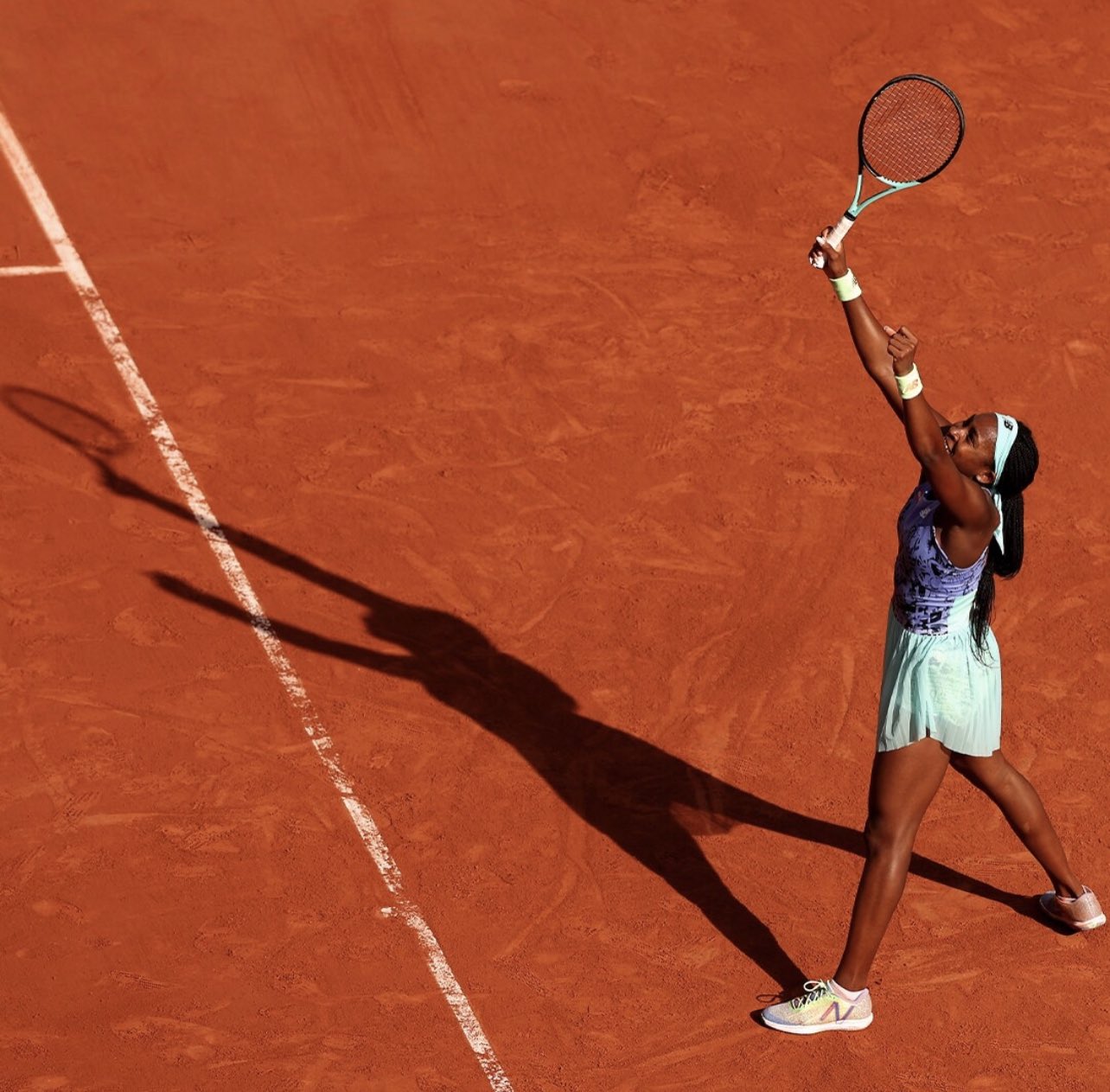 Coco Gauff is on the brink of becoming one of the top players in tennis. Her rise has been tenacious, persistent, and stubborn in the best way. She burst onto many of our television screens for the first time as a 15-year-old at Wimbledon in 2019. Ever since that day, it was clear she was a star.

She made the tournament as a wild card and instantly captured the hearts of tennis fans after defeating one of her heroes, Venus Williams, in the first round. She would go on to win her second-round match and then have an exhilarating comeback in the third round, saving two match points against Polona Hercog.

She garnered even more fanfare and love after the comeback win. To be down a set, then down 5-2 in the second set. The poise to save two match points is insane and, for a 15-year-old, unfathomable. She would eventually fall to Simons Halep, who went on to win the tournament. According to ESPN, she had the most-watched matches on the days she played.

At the same time, as Gauff’s stardom began to blossom, there was another young tennis star continuing her rise. Naomi Osaka. After making the US Open as a wildcard in 2019, she won her first two rounds, setting up a star-studded matchup against Osaka.

At this time, Osaka was probably the most loved tennis star after Serena Williams and was the number one ranked women’s player in the world. Gauff was the fan favorite in every match she played, including this one. Osaka ran away with the match in straight sets but knew how big the moment was and what both Gauff and the crowd needed.

After defeating Coco Gauff in straight sets, Naomi Osaka asked the 15-year-old to join her for the encore interview. pic.twitter.com/kcat7fRggr

At the very next Grand Slam, the Australian Open, Coco would get her revenge. This time she vanquished Osaka in straight sets. She was the better player from the start and didn’t let up. They played a third time in Cincinnati in 2021, which Osaka won in three sets. Gauff would lose in that tournament to the eventual tournament winner Sofia Kenin. Fans need them at their absolute best the next time they face off on a big stage.

Some of Gauff’s growth could be that she plays doubles with her close friend Caty McNally. They were competitors in the juniors, grew close, and became doubles partners. In 2019, they won their first WTA title in their first joint WTA event at the Washington Open. In the third round at the 2019 US Open, they lost to eventual runner-ups Ash Barty and Victoria Azarenka. While Gauff won a singles at the Linz Open, the duo made it to the semifinals. They ranked in the top 100 for the first time and won their second doubles title at the Luxembourg Open.

At the Australian Open in 2020, McCoco made it to the quarterfinals. They are usually the fan favorites in doubles when they play at major tournaments. They finished in the quarterfinals in the same tournament a year later and another quarterfinals appearance in the Miami Open. After yet another quarterfinal exit at the Italian Open, they broke through for their third title in Italy a week later. They lost in the third round at Wimbledon in 2021. They made it to the finals by beating some great teams and all in straight sets at the US Open. They lost to Sam Stosur and Zhang Shuai in the final. Doubles can be a good learning experience for players looking to excel in singles.

Coco’s continued growth was noticeable by everyone who was watching. Keep in mind that all of this was (minus the 2021 match) before she turned 16! She reached the third round in three straight major tournaments. A Covid-19 pause and resumption and some tough matchups slowed her winning ways a bit. But she was 16 and learning.

She entered 2021 ranked number 48. She lost in the second round to five-seeded Elina Svitolina at the Australian Open. Going into the French Open (her first time as a seed, 24, at a major), expectations increased. She beat Aleksandra Krunić, Wang Qiang, Jennifer Brady (walkover), and Ons Jabeur to reach her first quarterfinal. She would lose to eventual tournament winner Barbora Krejčíková. She reached the fourth round at Wimbledon for a second consecutive time but lost to Angelique Kerber in that round.

Coco would’ve competed at the Tokyo Olympics if she hadn’t tested positive and been forced to withdraw. Sloane Stephens was able to beat Gauff in the second round at the US Open. Gauff has reached the 2022 French Open Final after beating Martina Trevisan. She is also in the doubles final with fellow countrywoman Jessica Pegula.

Gauff is on the verge of her first Grand Slam tournament championship. She will have her hands full as she takes on Iga Swiatek, the number one player in the world, who is on a 34-match winning streak. Can Coco finally break through? Even if she doesn’t, she’s shown that she’s here to stay and only getting better.

Now at just 18-years-old, she has a world of potential and an abundance of time in front of her, barring injury. A star is upon us, and she continues to beam with every opportunity.

PSA, she just graduated high school two weeks ago. She posed in front of the Eiffel Tower, too different.