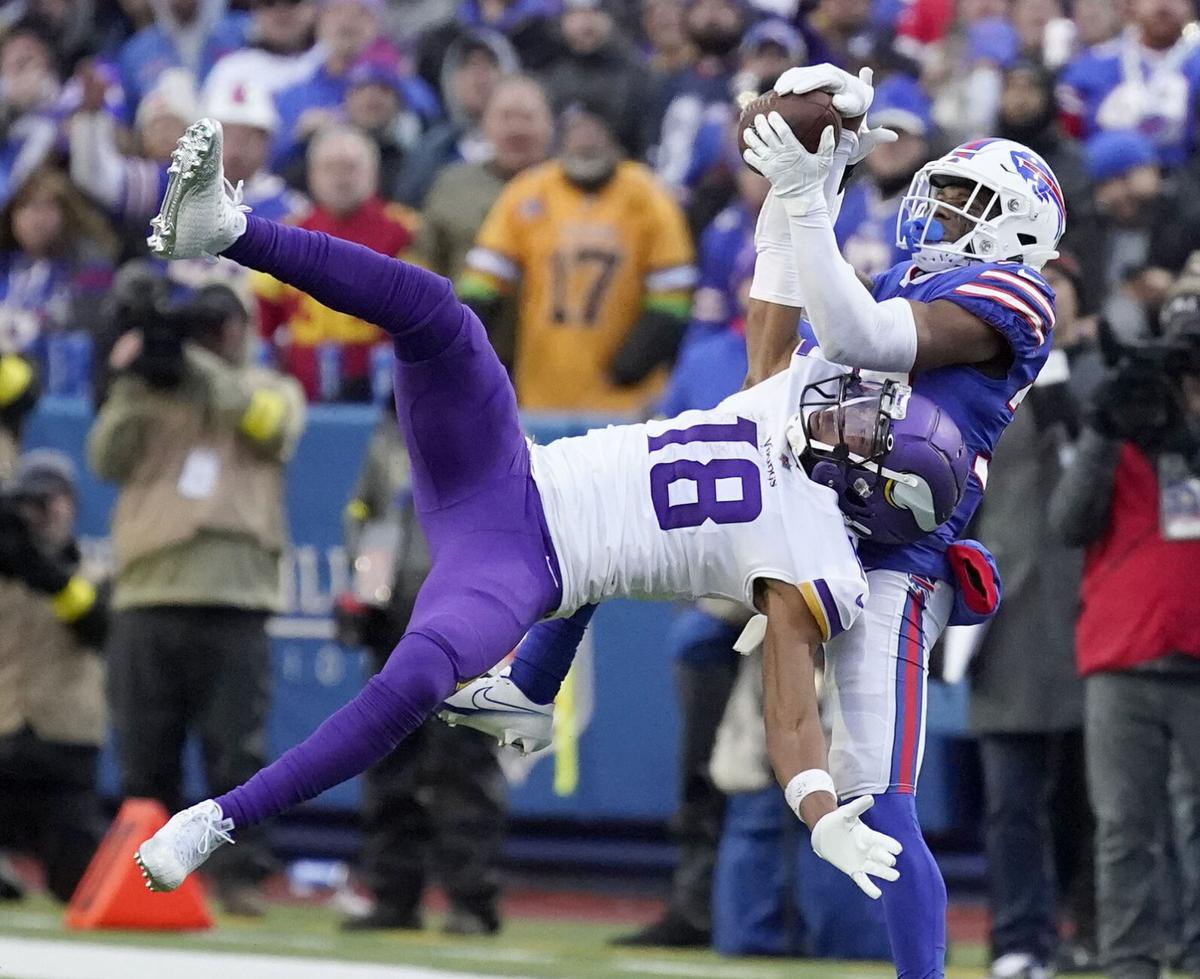 YERRR! What’s good, everyone? I hope you all had a great weekend and were lucky enough to witness your favorite NFL team (teams, if your last name starts with L and ends with N and your employer has a bulldog mascot) secure a victory. As the holidays approach and the universe continues to bless me, I can’t help but be excited!

My weekend started off great with USC destroying Colorado and the Knicks kicking some Pistons ass on Friday night. Saturday was smooth, went shopping with the kids and then did some laundry and cooked dinner while watching some ugly college football.

Even though the Knicks got dog-walked by SGA and the OKC Thunder, Sunday was still great for multiple reasons.

My day started playing with my four-year-old and then heading to the movies and catching the matinee for Lyle, Lyle Crocodile. After watching the trailer the night before, I thought the movie would be horrible, but it turned out to be a pretty good kids movie. The kids loved it, and I actually enjoyed what I saw before I fell asleep.

After the movie, we stopped at the supermarket, grabbed some stuff for dinner, and then headed back to the crib to catch the rest of the Giants game. The Giants won, which is always bittersweet given that I wish we were competitively tanking, but it’s great to finally see progress with this team.

By Sunday, it was also revealed that I was safe from any punishments on The Biggest Loser this week, and Greg Waddell of Sleepers Media is this week’s biggest loser. Speaking of my boy G, he and his wife announced they are expecting their first child on Sunday. Congrats, G! In typical Waddell fashion, you managed to shock the world and became the biggest loser and biggest winner on the same day.

Now, the real reason you found your way to this newsletter.

This was another boring primetime matchup that should’ve never happened. Horrible quarterbacks on two teams playing in terrible weather made this a ground game by default. The Falcons and the Panthers ran a combined 62 rushing plays. The only reason Mariota attempted 30 passes was that the Falcons were playing from behind for the entirety of the game.

The first-ever NFL regular season game played in Germany was a success. For the first three quarters, Brady and the Bucs looked like everything we expected coming into the season, but things started to unravel in the fourth. Busted coverages on defense and an interception almost cost Tampa Bay this game.

Leading 21-3 with just under 11 minutes left in the game, Tampa Bay quickly found themselves in a tight game after the Seahawks cut the lead to five with four minutes left on the game clock. For much of the game, Geno Smith looked like the guy we all grew to hate over his first eight seasons in the NFL, but in the final period, he found the grace he’s played with all season. Unfortunately, it was too little too late, and Seattle fell to the Bucs 21-16.

Coming off a bye week, New York played smart, fast, and tough for a full 60 minutes. The Giants were surprisingly great against the run. Outside of a 44-yard run by Dameon Pierce, they didn’t give up much on the ground. They also limited Davis Mills to just 155 through the first three quarters.

Darius Slayton, who was thrust into a WR1 role and made the most of it, catching three passes on four targets for 95 yards and a touchdown. Saquon Barkley rushed for 152 yards and a touchdown on Sunday. He now has five games with at least 120 scrimmage yards this season and, with eight games left in the season, is on pace to set a new NFL career-high in rushing yards.

It’s not often you see two QBs throw for over 300 yards and have more interceptions than touchdowns in the same game. Yet, here we are. Kirk Cousins and Josh Allen combined for 687 yards, two touchdowns, and four interceptions. The Bills had a commanding 24-10 lead at halftime, but everything unraveled in the second half.

Buffalo committed two turnovers in the second half, including a bobbled snap in their own endzone to surrender the lead with less than a minute left in regulation. Allen got the Bills within field goal range to force overtime but sealed his fate when he threw his second interception of the game. The Vikings held the Bills to just two field goals in the second half and overtime while mounting an improbable comeback and stealing a victory on the road.

Justin Jefferson was the star of the show, racking up nearly 200 receiving yards and a touchdown while arguably making the greatest catch of the millennium.

Another case of Justin Fields doing everything he can to win with this sorry excuse of an NFL team–although he did throw a critical pick-six in the fourth quarter–and the Detroit Lions winning games they should be losing. The Bears were in the perfect position to win this one, but the Lions scored 21 in the final quarter to win their first game on the road and third overall of the 2022 NFL season.

In an epic battle of the mids, the Titans’ defense constantly pressured washed-up Mr. Wilson and had him praying he was still in Seattle. Wilson was sacked six times, fumbled three times, and threw an interception with 20 seconds left in the game as the Titans powered their way to a 17-10 victory over the Broncos.

The Jaguars tried to pull out every trick in the bag to win this one, starting the game off with a successful onside kick. Trevor Lawrence played a solid game against the mighty Chiefs, throwing two touchdowns to go with 259 passing yards and 26 rushing yards. Luckily, Kansas City still has Patty Mahomeboy tossing the rock. Mahomes threw for 331 yards and four touchdowns as he led the Chiefs to their third consecutive win.

The Dolphins dominated this one. Nick Chubb was held in check all game, and Jacoby Brissett was, well, Jacoby Brissett. Tua cooked up, tossing three touchdowns and throwing for nearly 300 yards, but I was most impressed with Jeff Wilson Jr.’s performance. Wilson averaged seven yards per carry while rushing for 119 yards and a touchdown.

Before the Niners traded for CMC, I voiced my belief that Wilson deserved to be the starting back for the remainder of the season. Now that he’s the feature back in Miami, you’re going to witness some impressive performances by Wilson on a consistent basis. The Dolphins can use a more balanced attack moving forward with him in the fold.

With all due respect, I’d rather watch paint dry than have to rewatch this game. Nothing worth mentioning. Both teams suck, have nothing to play for, and it showed.

The Colts hired Jeff Saturday off the street; he immediately renamed Matt Ryan the starting QB and got his first win as a head coach in the NFL. Josh McDaniels sucks as a head coach, and Derek Carr is being exposed as a QB. We all knew the defense would be bad, but nobody expected the offense to be this disgusting.

Everyone–including myself–expected the Cowboys to run away with this one. The Cowboys struggled to stop the run, and the Packers actually fed Aaron Jones like I’ve been begging them to all season. Jones rushed for 138 yards and a touchdown, and AR12 threw for three more as the Packers overcame a 14-point deficit to win in overtime.

Both teams started backup QBs, and I must say, I didn’t even know Colt McCoy was still in the NFL. McCoy threw his first TD in nearly a calendar year, and James Connor added two rushing touchdowns as the Rams continue to look like a dumpster fire and one of the least competitive teams in the NFL.

The Chargers entered halftime with a six-point lead before getting shut out by the 49ers the rest of the way. In his first game back since injuring his knee in Week One, Elijah Mitchell rushed for 89 yards on 18 carries, and Jimmy G and CMC each rushed for a touchdown. The Niners rode the coattails of a stout defense to overcome the Chargers and improve to 5-4 on the season.

Credit to Washington’s defense, they played great against the Eagles. But Philly played a sloppy game of football Monday night. The Eagles were penalized seven times, were limited to just 264 total yards, and turned the ball over FOUR times. The Commanders ran the ball effectively, dominated the time of possession, and scored in all four quarters.

In a last-ditch effort to win the game, the Eagles fumbled the ball on a lateral, and Washington recovered it for a TD with no time left on the game clock. With the Commanders sitting at 5-5 now, the NFC East and AFC East are the only divisions in the NFL where all the teams are .500 or above.

Saquon Barkley. After his Week 10 performance, Barkley is now the NFL’s leading rusher and is second behind Tyreek Hill for most scrimmage yards. He’s putting up gaudy numbers and is one of the main contributors to New York’s 7-2 record, which will only favor him in his contract negotiations.

Patrick Mahomes. Mahomes’ performance on Sunday, coupled with Josh Allen and Jalen Hurts’ poor games, should only increase his chances of winning the 2022 NFL MVP award.

Justin Jefferson. He doesn’t have the touchdown numbers to go with the counting stats, but JJettas has played himself into a position to win the OPOY award or, at the very least, the Bridgestone Best Moment of the Year award.

Justin Fields. Fields once again makes the list despite losing the game. Rushing for 147 yards and two touchdowns while throwing for two more touchdowns is quite impressive.

Josh Allen. A botched snap and an interception in the overtime places my favorite player on the disgusting behavior list. There’s still plenty of time to secure a bye week in the postseason and the MVP award, but he has to eliminate performances like this one.

Raiders front office. The people responsible for hiring this coaching staff and throwing this roster together should be fired and banned from the NFL.

Eagles. The Eagles were underwhelming in every facet of the game on Monday night, but the four turnovers stick out like a sore thumb.

Mike McCarthy. McCarthy has done a good job staying off this list since early in the season, but the Cowboys giving up a two-touchdown lead to the Packers and seemingly making no adjustments throughout the game got me calling for his job again.

Patrick Mahomes completed passes to nine different receivers and connected on 74 percent of his attempts while throwing for 300+ yards and four touchdowns.

Patrick Peterson caught two interceptions in Sunday’s win over the Bills, including the game-ending interception in overtime.