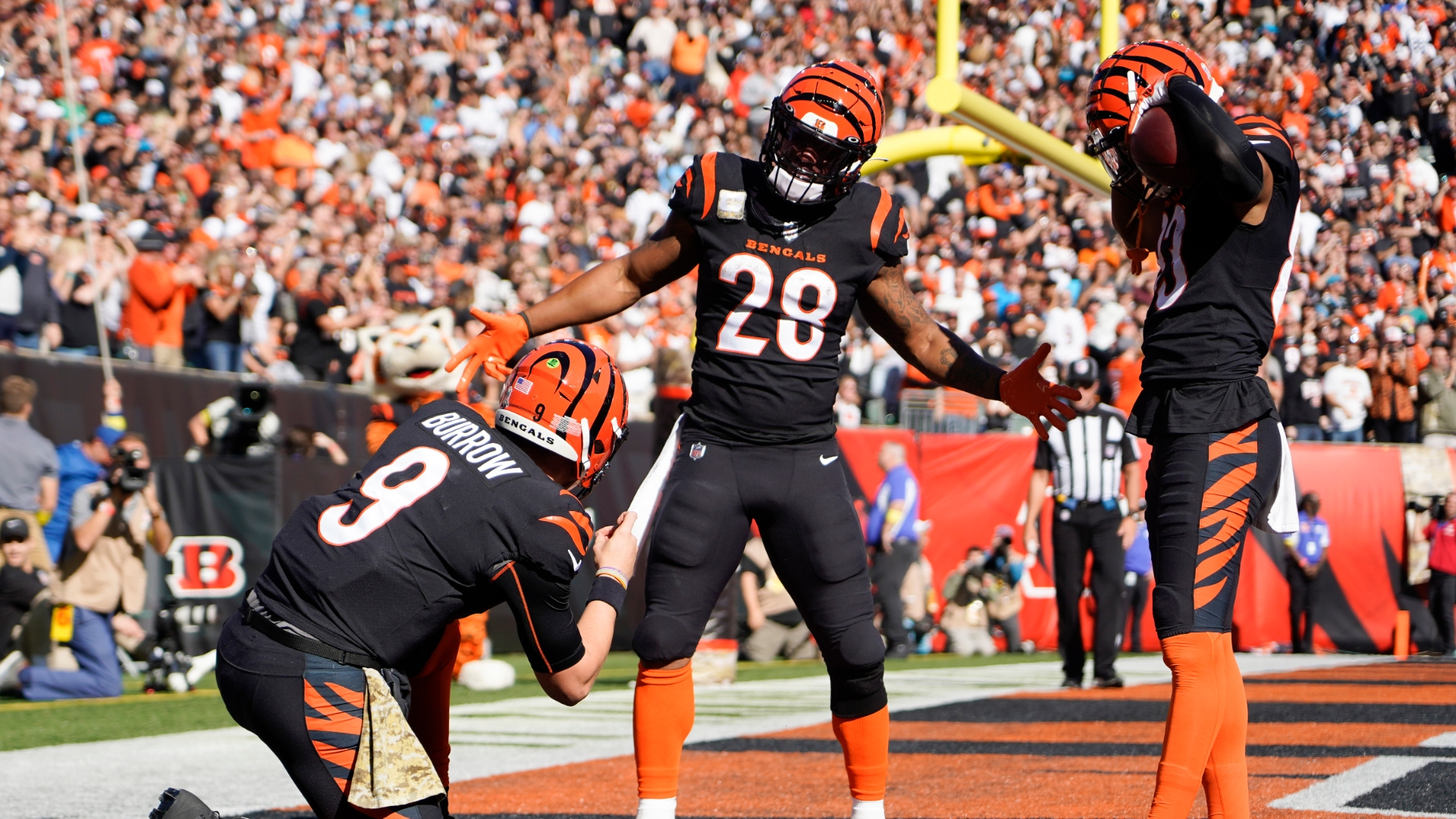 The NFL has been cruel to me for the past two weeks. Between watching the Giants get decimated in their last game before the bye week and my constant losing of bets (3-6 betting on the NFL the past two weeks), it’s been an excruciating time for me.

Last week, I was humiliated on The Biggest Loser after losing all three of my bets, and I’m nervous to see what Greg has cooked up for me this week after I lost again!

Enough about me and my emotional turmoil due to my shitty gambling; let’s get to the real reason you clicked on that link.

Well, what can I say? This game was as lopsided as one would expect. The game was pretty back and forth in the first half, but the Eagles pulled away in the second half and nearly shut out Houston’s offense holding them to just three points over the final 30 minutes. Jalen Hurts played a hell of a game, Dallas Goedert dominated, and the Eagles remain unbeaten through the first nine weeks of the end of the 2022 NFL season.

For the 60 Minutes on Sunday, the New England Patriots defense had its way with Sam Ehlinger and the Indianapolis Colts. Mac Jones continues to stink it up, but the Patriots’ defense is Elite and was able to hold the beleaguered Colts in check. Ehlinger completed just 51% of his passes, was sacked nine times, and threw a pick-six in his second NFL start. The only good thing to come of this game for the Colts is the firing of head coach Frank Reich.

The injury-riddled Chargers pulled out a tough Victory on the road against the Atlanta Falcons. Atlanta rushed for over 200 yards this game, but Marcus Mariota was largely held in check by the Chargers’ defense. This game was pretty boring for the most part, but with 34 seconds left, Austin Ekler decided to provide some excitement. Ekler fumbled the ball with 34 seconds left in the game, and the Falcons recovered it, only to fumble the ball as well and allow the Chargers to recover. The drive ended with rookie and newcomer Cameron Dicker kicking the game-winning field goal as time expired.

Tua Tagovailoa threw for over 300 yards, Tyreek Hill and Jaylen Waddle continue to prove they’re the best WR-duo in the NFL, and the Dolphins went home with a victory improving to 6-3 on the season. But the story of this game was Justin Fields. As a thrower of the football, he’s not very good. But as an athlete and a runner, he is as elite as they come. Dare I say, maybe even generational.

Fields rushed for 178 yards against the Dolphins, breaking Michael Vick’s 20-year-old record (173) for most rushing yards by a QB in a regular season game. He also threw for three touchdowns and rushed for one more. If Fields can improve as a passer, he can easily become one of the top QBs in the league, especially with the lack of talent at that position.

The Panthers were so horrendous against the Bengals on Sunday that PJ Walker got benched for Baker Mayfield. Joe Burrow was solid on Sunday, but it was Joe Mixon who stole the show. Mixon had his best game of the season and arguably the best game of his career, rushing for 153 yards and four touchdowns coupled with 58 receiving yards and a touchdown.

This was arguably the worst game of the season, and I feel bad for every Packers and Lions fan in the world. Detroit has been bad for so long, but when they should and need to lose (for draft purposes), they pull off an upset. Green Bay lost to a Lions team that has clearly given up on the season. Rodgers is no longer HIM and has consistently played like dog crap. He threw interceptions on Sunday and has this Packers team looking like one of the biggest disappointments of 2022. Not sure how much longer the Packers can keep this up before heads start rolling.

The Bills stunk it up on Sunday against a dominant Jets defense that did a stellar job keeping Buffalo’s receiving corps in check. Allen threw two interceptions against zero touchdowns, but he did rush for 86 yards and two touchdowns. Unfortunately for him, his receivers struggled to get open against the Jets’ secondary, and he was forced to take a lot of chances. The Jets took the lead on a field goal with a little less than two minutes left in the fourth quarter leaving the Bills with one last chance to steal the victory. New York’s defense held tough and left MetLife with an upset victory over the Bills.

Washington was surprisingly in the perfect position to upset the Vikings leading 17-7 at the start of the fourth quarter. Late-game heroics from Kirk Cousins spoiled Tyler Heineckie and the Commanders’ day. A fourth-quarter touchdown pass to Dalvin Cook tied the game at 17 before the Vikings kicked a field goal with 12 seconds left in the game to seal the victory at FedEx Field. The win extends Minnesota’s winning streak to six games and ends Washington’s winning streak at three.

At the start of the season, the Raiders were expected to compete for their division title, but after a loss to the Jaguars on Sunday, Las Vegas is now 2-6 through the first nine weeks of the 2022 NFL season. Travis Etienne was fantastic against the Raiders, rushing for 109 yards and two scores, and Trevor Lawrence played efficient football despite an ugly fumble. The Jaguars look like they’re finally making progress as a team and should be a team you keep your eye on moving forward.

The Cardinals trailed for most of the game and were able to cut the deficit to three points with just over three minutes left in the game. Unfortunately, Geno Smith led the Seahawks on an 85-yard touchdown drive in just over a minute to put the game back out of reach. Pete carrol has this Seahawks team playing with confidence, who now sits at 6-3 in the standings, atop the NFC West.

I’ve never had to eat crow or walk back a statement as much as I have this year after praising Kyler Murray in the offseason. The kid stinks. The counting stats say he’s a middle-of-the-pack QB, but the tape says he’s a bottom-of-the-barrel QB. Enough talk about the losers. Geno Smith has been brilliant for the surprising Seahawks, and Kenneth Walker III looks like the real deal. The Seahawks may have a new “beast mode” in Walker. He’s rushed for at least 97 yards in three of his last four games and has at least one touchdown in each of his last five games.

In the battle of the mid, it was Colonel Deadbeat who came out victorious. Brady threw for 280 yards and one touchdown, leading the Bucs to a comeback victory with 44 seconds left on the clock after trailing 13-6 in the 4th quarter. After Sunday’s win over the Rams, Colonel Deadbeat became the first Qb in NFL history with 100K passing yards. The victory also ended the Bucs’ three-game losing streak–the longest of Brady’s career.

Patrick Mahomes threw for 444 yards, and the Chiefs still only won by three points–IN OVERTIME! The Chiefs have struggled with consistently for much of the season, and it happened again Sunday against the Titans. After scoring on their first two drives, the Chiefs either punted, missed a field goal, or turned the ball over on seven consecutive possessions. Derrick Henry did whatever he wanted for the first three quarters, but the Chiefs largely held the Titans in check with Malik Willis under center.

The Ravens dominated this game on both sides of the ball from wire to wire, scoring in every quarter and not allowing a single touchdown until the game was entirely out of reach. Lamar Jackson only threw for 133 yards, but he rushed for another 86, and Kenyan Drake pitched in another 93 yards on the ground. For the first time all season, the Ravens outscored their opponent in the fourth quarter and finished strong.

Indianapolis Colts. Firing Frank Reich was the smartest decision this franchise made since they drafted Andrew Luck.

Justin Fields. Yes, the Bears lost. Still, breaking a 20-year-old record is nothing to scoff at.

Tom Brady. Colonel Deadbeat makes this for two reasons. First, Brady set yet another passing record, one that is likely to stand till the end of time unless the NFL keeps expanding its season. More importantly, he’s now undefeated since getting divorced from Gisele. City Boys still winning!

Jalen Hurts. Hurts has been stellar all season, and his team has benefited from his improved play. The Eagles are now 8-0 and Hurts continues to make his case for MVP.

Green Bay Packers. The Packers are god-awful. Matt LaFleur needs to be the next head coach to get canned. Gut this franchise and start over because this whole organization is a mess right now. Losing to the Lions, who just traded away their best player, just highlights everything that’s wrong with this team.

Aaron Rodgers. Rodgers threw three interceptions in Sunday’s loss to the Lions after throwing just four interceptions all of last season. The Packers stink and can’t afford games like this from Rodgers.

Las Vegas Raiders. In the first season under head coach Josh McDaniels, the Raiders have found every possible way to lose games they should win–at least on paper, anyway. This defense needs an overhaul, and it may be time to move on from Derek Carr.

New England Patriots. The Patriots clearly don’t have a “QB of the future” and should be doing everything they can to lose since they haven’t drafted well in years. Yet, with Sunday’s victory, the Pats are now on a two-game winning streak and currently 5-4 on the season.

Josh Allen. The Bills are playing in what has shockingly been the toughest division in the NFL, and losing divisional games to inferior opponents isn’t going to cut it. Allen threw two interceptions and fumbled the ball twice in a disgusting loss to the Jets.

Joe Mixon. Mixon racked up 211 scrimmage yards and five touchdowns. He’s just the 17th player since 1950 to score five touchdowns in a single game, according to Statmuse.