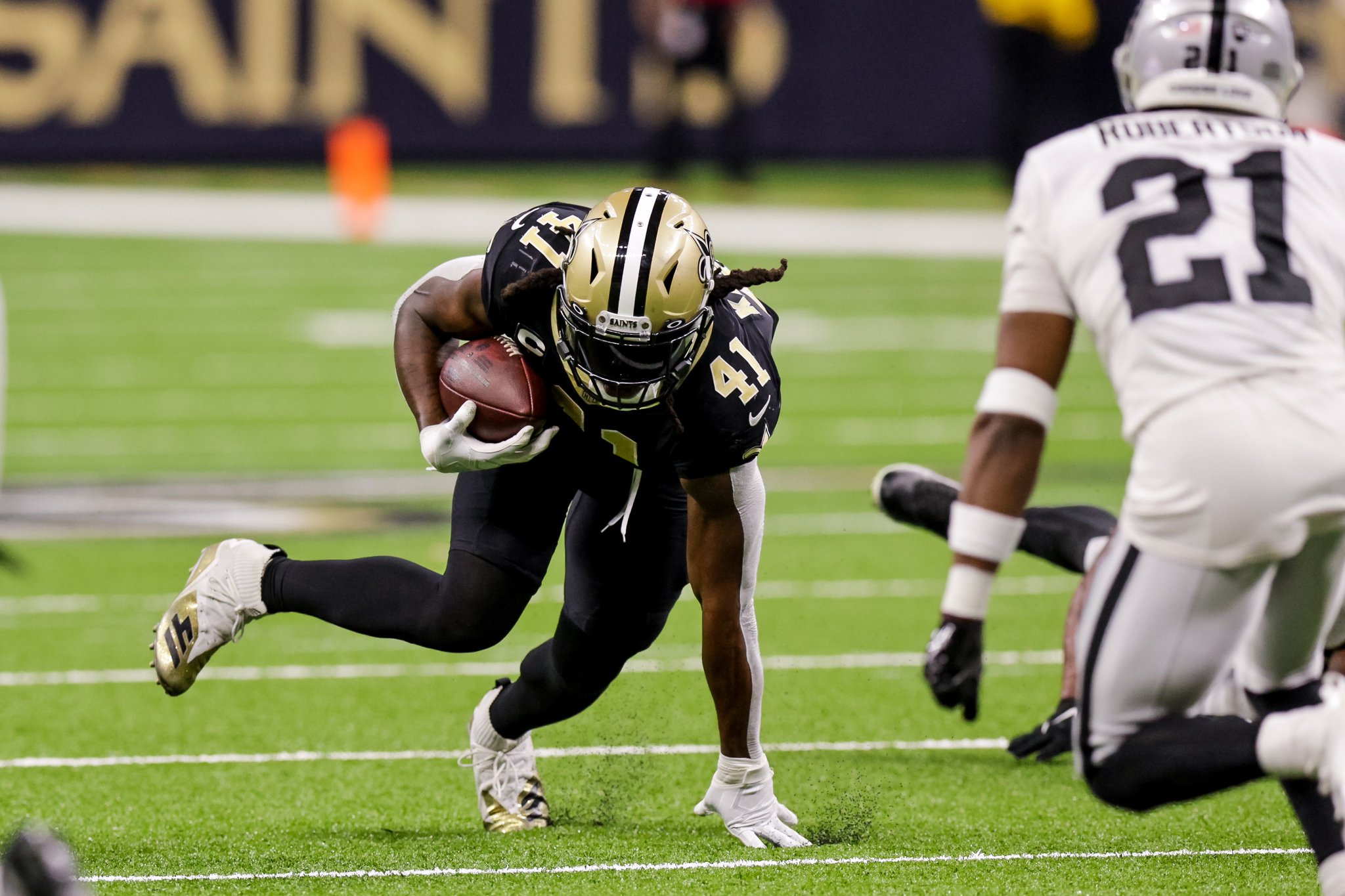 Week 9 of the NFL season is tough, fantasy football-wise. Players like Saquon Barkley, Christian McCaffrey, Deebo Samuel, Nick Chubb, and more are on a BYE. Injuries to Ja’Marr Chase and Jonathan Taylor have managers reeling.

It’s the time of year when you should know what you’re getting from players in terms of touches and target share. Last-minute trade and waiver wire decisions matter even more now as we inch closer to the playoffs.

Atlanta’s secondary isn’t very good, and even without Keenan Allen and Mike Williams, he should produce.

Lawrence is looking for a bounce-back game, and who better than against the Vegas defense? Trevor is actually QB10 on the season, and I think you can trust him in this spot.

Burrow had his second bad game of the year, and some of that is due to playing without Chase. I’m willing to bet they get it figured out, and he has a big game.

Geno has been playing at a high level, and I expect him to continue the trend against Arizona.

Kyler is currently QB6 and has been spamming D-Hop since his return which has worked well for them both.

After last week I’m even less confident than I was before about starting him in fantasy. If he can clean up the turnovers, he has a chance to be productive.

Ehlinger was efficient in his first start but didn’t score a touchdown. A Bill Belichick-coached defense will outmatch the young quarterback.

Jones has been the opposite of the quarterback he was last season. The Pats need him to turn it around and quickly.

There are just not enough weapons on the outside to trust him.

Fields has improved over the last few weeks, using his legs, but I’d like to see one more promising week before moving him up the order. He is currently QB11, though.

He’s scored a touchdown in every game since week five, and he’ll score again this week.

Washington has a good run defense, but Minnesota will find ways to exploit the matchups.

Kamara had 27 total touches and three touchdowns last week. Expect the Saints to try and build on that.

Stevenson has been on a tear for the last month and shows no signs of slowing down.

Travis is firmly holding the RB1 spot, carrying the ball 38 times in the last two weeks.

He was benched and hasn’t had double-digit carries in three weeks, not including the BYE,

James Robinson’s role should continue to grow, and that stops the opportunity for productivity for Carter.

They don’t trust him; why should we?

Nyheim Hines’s role is not yet known, but it could very well take away some of the touches Singletary gets running the ball.

Antonio Gibson has been the more needed back the last two weeks, so for now, hold off on starting him.

The Commanders don’t have anyone in the secondary who can slow him down.

After a horrible output last week, I expect a huge game from Adams.

St. Brown will lineup everywhere, which will cause havoc for the Green Bay defense.

Burrow and the offense will get back on track, and with Higgins now the WR1 he should get plenty of down-the-field targets.

Juju has been great the last two weeks, and I’d be shocked if Mahomes didn’t keep trying to find him.

Hopkins has nearly 30 targets in just two games. Start him every week.

Olave will continue to be the WR1 with Michael Thomas out for the year and Jarvis Landry likely still out.

I think he could be a really good receiver for them, but it’ll take some time to gel.

It’s been better as of late, but there’s still just not enough consistent volume if Kupp is playing.

Hopkins and Ertz eat up a lot of the targets, and I’m not convinced he’s part of the offense enough to warrant a start.

While Hopkins has dominated the target share, Ertz has Kyler’s trust.

Rodgers doesn’t trust many of his receivers, but Tonyan is one that he does.

It feels like they are figuring out how best to use Pitts, but every time there is hope, it’s pulled away, so be cautious.

I think Kirk looks to get his new weapon involved and build chemistry.

Engram has been pivotal for Lawrence this season, and I expect that to continue.

With no Mark Andrews or Rashod Bateman, I get the sense it could be a great night for Likely.

With their top two receivers out, expect Herbert to look his way often.

Thomas hasn’t gotten the targets he has the last few years, and that very well could be because of the injury.

I need to see consistency in the volume that Conklin gets before putting him in a lineup I trust.

With no Hock, we don’t know which tight end gets the opportunity to step up so play the wait-and-see approach.

Zach Wilson could struggle more than he did last week against this defense.

This should be a low-scoring game, and both defenses should create at least two turnovers.

The Panthers’ offense has struggled all season, and the Bengals are too talented of a defensive unit.

Lamar may not have a big game with all the injuries on offense so I think you can trust this Saints defense.

The Jets are talented, but Josh Allen will be too much for them.

Washington has improved, but this could be a tough game considering some of the elite talent on the other side.

Arizona has trouble with them the first time around and will probably have more of the same this time.

Pat Mahomes is playing at an incredible level, even for his standards. I’m not going against that.