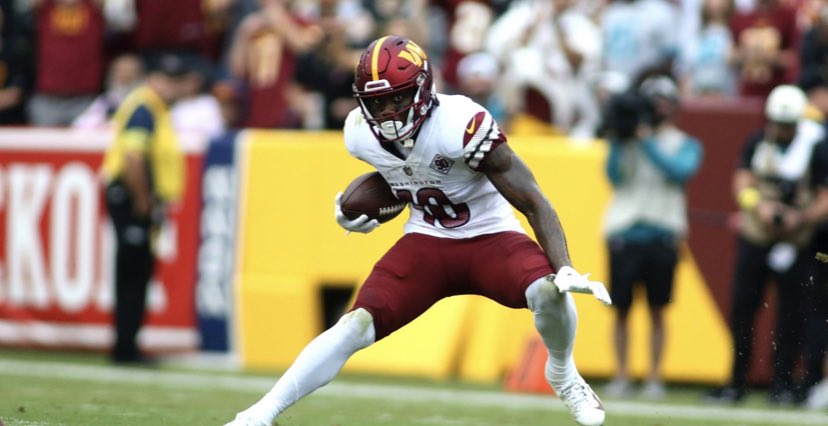 Last week’s TNF game was a disaster. In terms of fantasy football production and overall play on the offensive side of the ball. Many expect this week to be the same, but I think this is a good matchup.

The Bears have been competitive and are just lacking trust and confidence. The Commanders haven’t lived up to expectations through five weeks. Wentz has struggled, and the defense hasn’t been good at all. I think both teams will play relatively well, and the fantasy production will be much better than last week’s.

Justin doesn’t throw the ball enough, and they don’t really get him involved in the run game the way they could. He’s shown flashes with some great throws and a run for a touchdown last week that was called back. If there’s a week where he could break out, this might be it.

He’s been a good fantasy football quarterback, but on a Thursday night turnaround, I wouldn’t trust him. He hasn’t been terrible, but you don’t want to have a bad start to your fantasy week at quarterback.

I thought they would keep Khalil Herbert involved, and I was sadly mistaken. He’s got the best chance of any player to have a good game in this TNF matchup.

I would sit all three. Robinson Jr is coming off playing his first game and on a quick turnaround. Gibson doesn’t seem to have real trust from the coaching staff, and JD may not have enough volume to warrant your flex spot. Especially on a Thursday night.

He’s had some incredible plays the last two weeks with Justin Fields, but they just don’t throw the ball enough. You don’t want to have that possible 2-point performance in your starting lineup.

Samuel has led the team in targets for four straight weeks, so I expect the trend to continue. They get him the ball in several ways, and I don’t see why he won’t contribute at least 14 fantasy points.

I think McLaurin will have his best game of the season in this game. He hasn’t scored a touchdown since week one, and I believe he scores one in this game. With no Jahan Dotson or Logan Thomas, both Samuel and Terry should see a bigger target share.

He has nine catches in five weeks. He may not even be on a roster.

Unless in a deep league, he’s not on any rosters either and doesn’t warrant a pickup for this game.

Could start both. The Bears don’t score a bunch or rack up a ton of yards. And the Commander’s offense has been inconsistent, and turnovers are definitely possible.