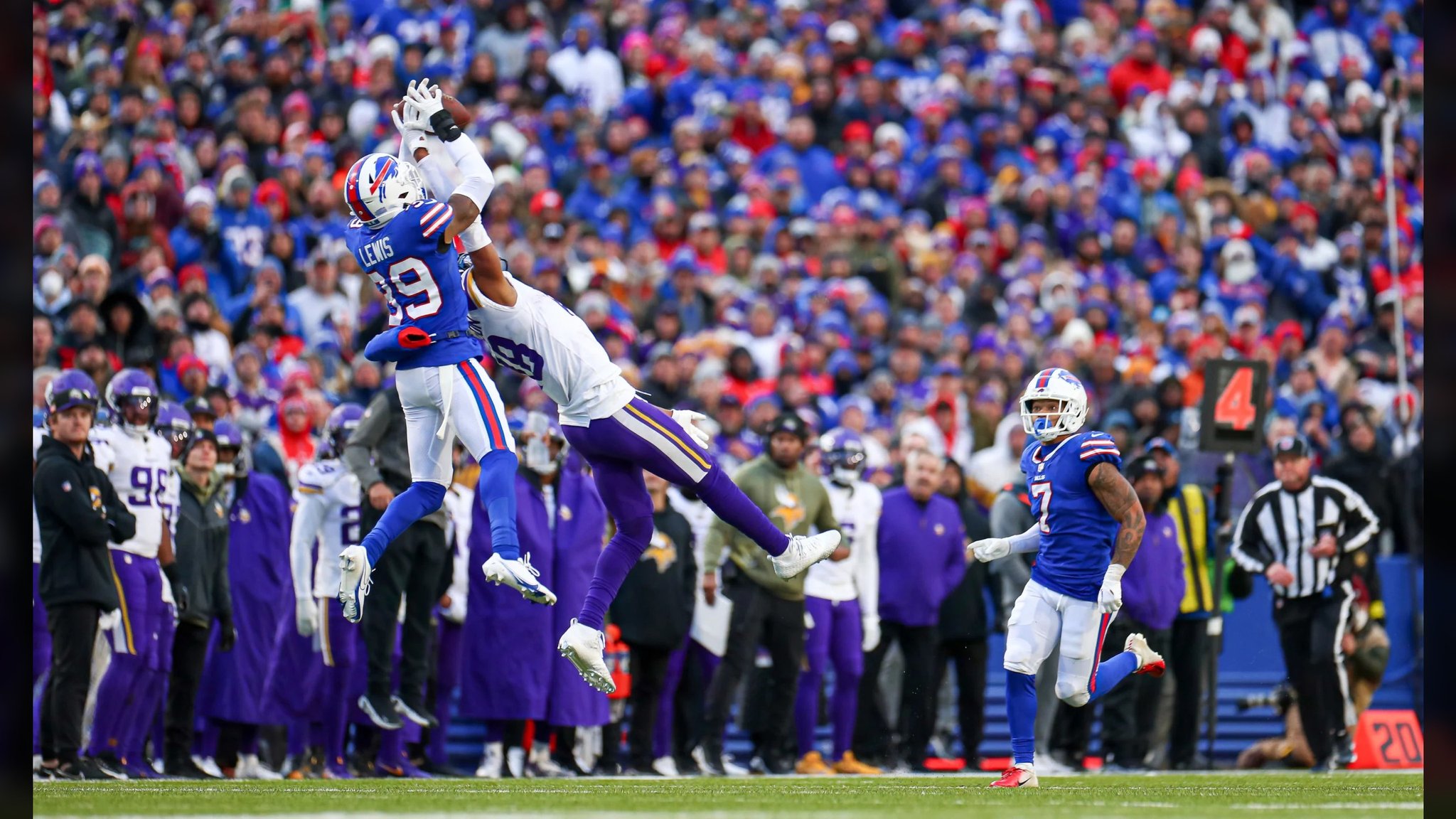 Most of us are about three weeks away from playoff fantasy football. Some of us are sitting in do-or-die positions. Now more than ever is the time for your playmakers to step up, and I’ll help you decide which guys will. We had some big performances last week from guys like Justin Jefferson, Ceedee Lamb, Pat Mahomes, Justin Fields, Jonathan Taylor, and Stefon Diggs. There were losses like Zach Ertz and Dallas Goedert though. And with no Tua, Tyreek, Waddle, Walker III, Etienne, Evans, Godwin, or Geno this week; you may have to rely on guys you didn’t think you would.

I’ve been a believer in Fields, and am glad that he’s now becoming a consensus start at the QB spot. He’s sitting at the QB4 after four 20+ point performances. A great matchup against the Falcons should help continue the trend.

Burrow played terribly in the first game of the season against Pittsburgh, and he seems like one of those guys that remember performances like that.

Herbert hasn’t been living up to expectations lately, but with his receivers hopefully coming back, we could get J Herbo just in time for the fantasy playoffs.

There’s been a lot of talk about Dak this past week, and this is a great chance for him to make a statement against a team with just one loss on the season.

The Raiders’ defense sucks, but honestly, so did the Broncos’ offense.

Matt Stafford vs NO

Stafford hasn’t been good this season, and without Kupp, there’s no reason at all to start him. Maybe not even roster.

Care hasn’t been electric this season, with just 13 touchdowns through 10 games. He struggled against Denver early in the season, too.

The last time we saw Wilson against New England, he threw three interceptions, however, he did throw for 355 yards and three touchdowns.

The Giants have a talented secondary, and Goff has only had one productive game, in terms of fantasy, since week five.

The Cowboys rushing defense has been much maligned, and the Vikings are more than aware of that. Cook ran for 119 yards last week against Buffalo, expect even more this week.

With no Khalil Herbert, it’s Montgomery‘s chance to dominate the game in a run-heavy offense.

Saquon has been fantastic, and the Lions’ defense is not, it’s pretty simple.

The Eagles have a bad taste in their mouth after getting out-physicaled by the Commanders. The way to dominate the physicality side starts by running the football.

Jacobs had a great game earlier in the season, and has a great opportunity to do it again.

Robinson Jr ran all over Philadelphia last week and continues to get more confident.

Pierce has been Uber-productive since week three, and against a Washington run defense, that trend should continue.

The Patriots’ run defense is good, and there’s still no clear front-runner in the Jets’ backfield.

Elliot is coming off a hamstring injury, and in a game this important, they could be more cautious and ride Pollard.

We have no idea who the guy is, no reason to possibly lose your flex spot.

Rams running backs vs NO

Basically the same as above, but keep your eyes on Kyren Williams.

St. Brown is where the Lions’ offense begins and ends, the Giants will have a tough time shutting him down.

Scary Terry has been exactly that since Taylor Heinicke entered the lineup. Keep on rolling with Terry.

Toney scored last week, and with injuries all over the wide receiver room, he could have a true breakout game.

Deebo hasn’t been what everyone was hoping for, but I trust his play and the offense to continue to open up.

He had a down week, but he is the clear number-one receiver in the offense and the Ram’s secondary hasn’t been great.

They took his captaincy away last week before kickoff, so I’m not sure what exactly is going on, but I don’t trust it.

Jefferson and Hockenson have been fantastic the last two weeks, which leaves Thielen as the odd man out.

Allen Robinson II vs NO

I still don’t think Stafford and Robinson have the chemistry to make an impact.

Cooper wasn’t targeted a bunch last week, and with this secondary coming off a game where Jefferson cooked them, they should be hungry to shut the offense down.

The Jets’ secondary has been one of the best this season, and the Patriots passing game doesn’t scare them at all.

Hock and Cousins have a good rapport already. He’ll find his way open, and end up with his six-catch, 70-yard performance.

Tyler Higbee vs NO

With no Kupp, he could get even more targets.

Dak has chemistry with him, and he’s continuing to get healthier as the weeks go by.

There are a lot of mouths to feed in the SF offense, but Kittle can find a way into the endzone pretty easily.

Unfortunately. I don’t trust Mariota to get him the ball, but you can’t sit and risk him having a big game.

Kmet has been the biggest beneficiary of Fields’s breakout.

Friermuth is steady and consistent; exactly what a young quarterback needs from a tight end.

Waller struggled to get targets, no reason to believe he’ll get them instead.

He had a lot of hype around him, and it led to nothing. Much like the rest of the Denver offense.

I don’t trust him being a big part of the offense at this moment.

He’s had some big games this year, but it hasn’t been consistent.

The Jet’s secondary should continue their dominance against an offense with not many weapons.

The Bills have lost two straight, an all-around dominant performance should be on tap.

The Eagles are looking for blood after losing their first game.

The Raven’s defense has improved, and Baker Mayfield likely has not.

The Bengals’ veteran defense should create some havoc for the young quarterback for Pittsburgh.

This defense is struggling with injuries and hasn’t been close to expectations.

Jalen Hurts and the offense will look to bounce back from their struggles Monday night.

While the Broncos’ offense isn’t good, neither is the Raiders’ defense. They struggle to create turnovers and sack the quarterback.